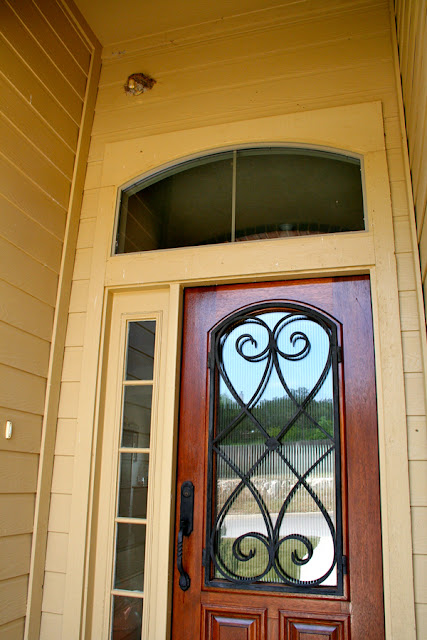 Way up there on the pipe about the door is where they decided to build. There are no babies yet.
On a side note we also have rabbits and coyotes. We have so much more wildlife here at my new home then our old place. I forgot how cute cottontails are. Max got away from me a couple of times chasing the rabbits down the hill. Luckily he is slow and did not go too far. I wish I could get some pictures of the rabbits playing leap frog with each other...they are so fun to watch.
And then of course along with the nice sweet wildlife there are snakes! Which reminds me I have to get Max the rattlesnake vaccine. I have not seen any snakes yet but it's better to be on the safe side.
♥
Posted by Charlie at 4/23/2012 No comments:
Email ThisBlogThis!Share to TwitterShare to FacebookShare to Pinterest 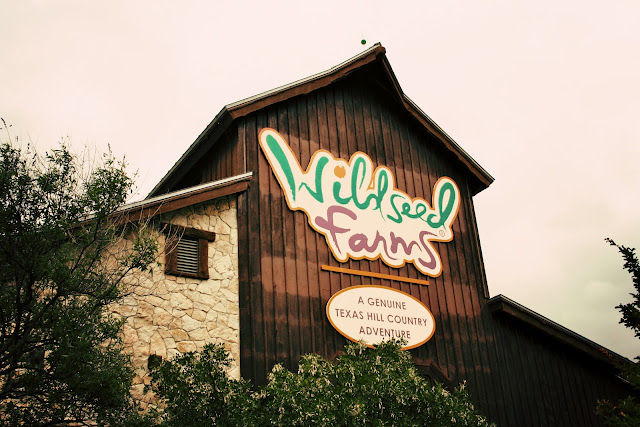 Saturday we (my hubby and me) took a drive out to the hill country. It's a nice drive from SA with the top down on our car. We like to go to the winers mostly but there are so many other sites to see.
The "WildSeed Farm" is a favorite especially in the spring. The flowers are in full bloom. It's crazy beautiful right now.  I took a ton of pictures. 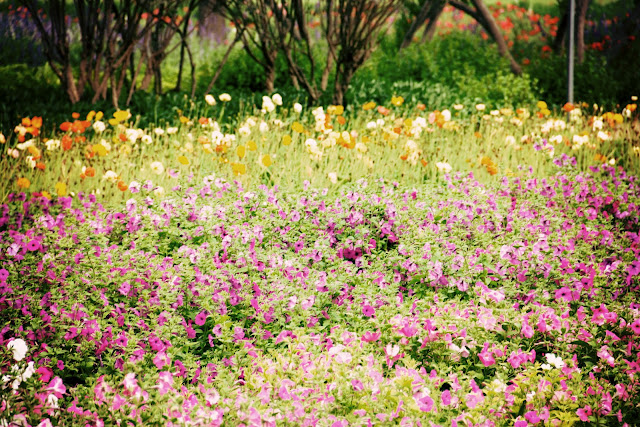 We are trying to get some fun time in before the therapy starts for the cancer. He is going on Interferon. Yuk. We are not looking forward to that. Hopefully he will not react to badly to it. They say some people don't have a lot of side effects.We are betting on that. The first month will be the worst. He will start sometime in May. The worst part is he has to do the therapy for a year. 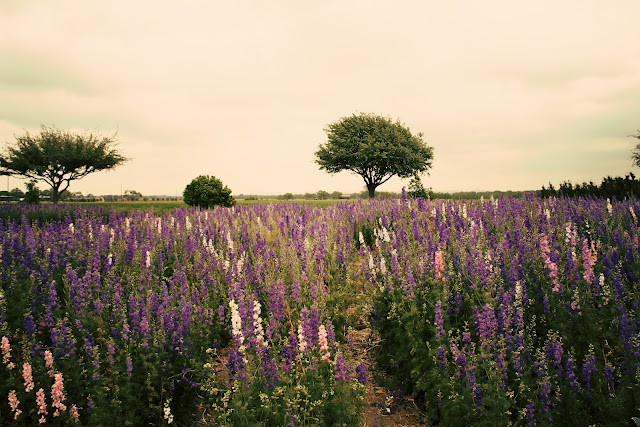 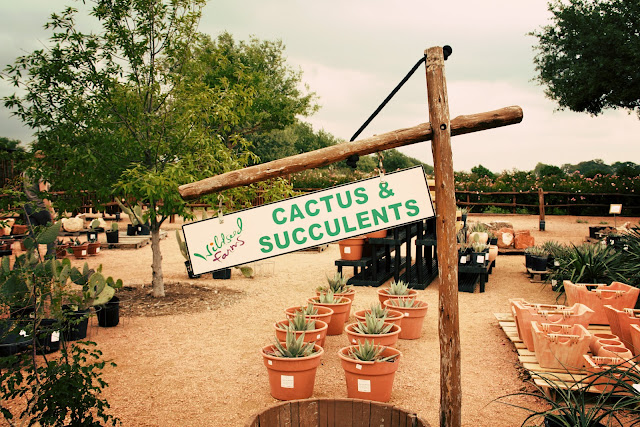 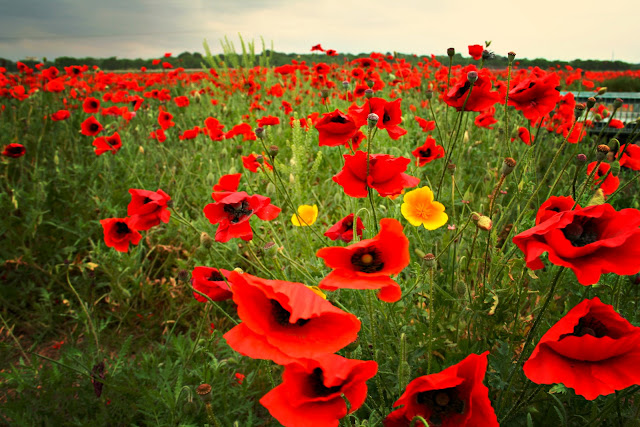 I feel so much better now that he decided to do the therapy. For a while he did not want to do it so naturally I was sort of freaking out... silently. Now that he has decided to do it I feel like he has a better chance of it not returning. I know it only adds about  10 % but that is better then nothing. 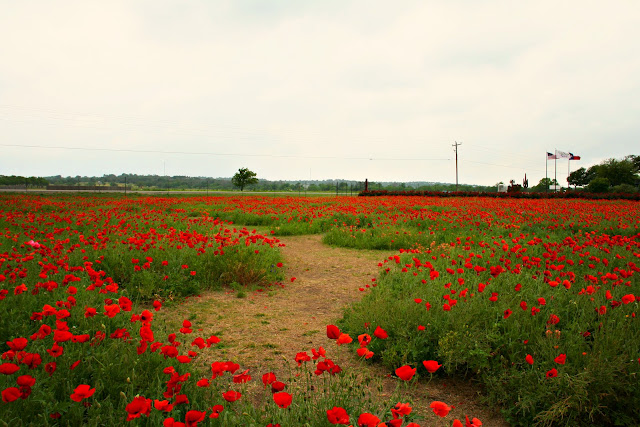 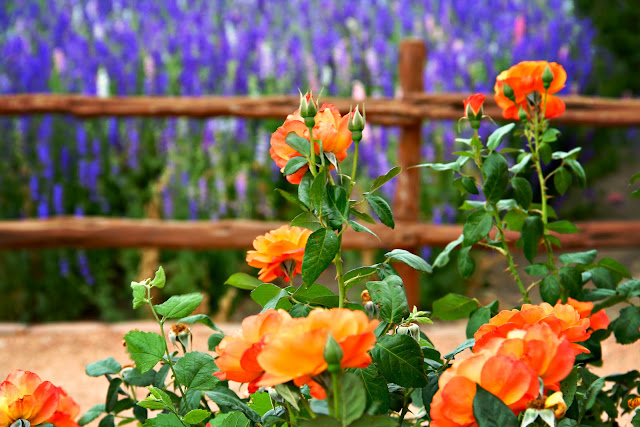 So we are moving right along with life. What else can one do but fight. I really think everything will be ok.
♥

Posted by Charlie at 4/16/2012 No comments:
Email ThisBlogThis!Share to TwitterShare to FacebookShare to Pinterest

Time for a Make-Over

I am in the process of doing a little make-over in my Etsy shop. This is my new banner. I have been debating in my head if I should change the name of my shop to "Vintage Charlie".  I've decided to say it this way instead......."Vintage Charlie by Charlotte's Collection".

Charlotte's Collection has been my company name since 1998. It is registered and I have my tax number with this name so I just could not dump it. I think Vintage Charlie will be a nice sub category for my company. I can not believe it's been so long since I first started my little business. I've been through many changes. I've rented little bitty booths to big huge booths in antiques shops. I then was part owner of a store called the "Arrangement". We sold antiques and decorative furniture and collectibles. Then I downsized to just renting a small booth again. A few years later I got out of the business all together but not for long. I could not stay away. I opened my Etsy store in 2008.

I want to get back into selling collectibles again. I will continue to make art and other crafty items like before. Our recent move revealed many things I forgot I had. It might be hard to part with some, but oh well. It's time they go.  I miss the treasure hunt. I don't want to become a pack rat like before. I hope to control myself a little better this time. TeeHee.
I've only listed a few items.
More to come.
Check it out here


♥
Posted by Charlie at 4/12/2012 2 comments:
Email ThisBlogThis!Share to TwitterShare to FacebookShare to Pinterest

Art by Me "Charlie"
Posted by Charlie at 4/10/2012 1 comment:
Email ThisBlogThis!Share to TwitterShare to FacebookShare to Pinterest 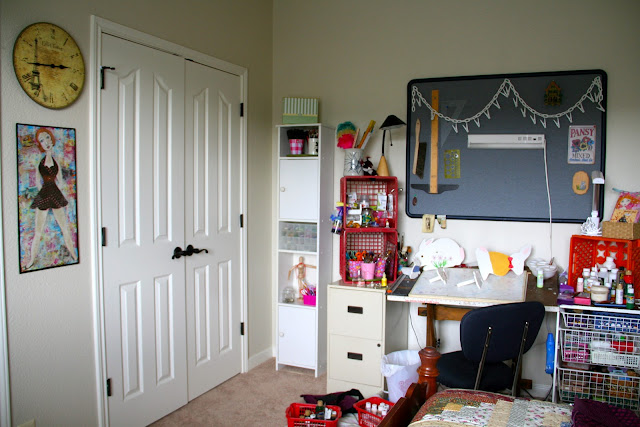 This is my new "little corner" of our house where I create. As is....it's nothing special, but I see a lot of potential. I would looooove to one day have one of those fancy craft rooms. One that is neat and organized and everything matches. Ahhhhh one day! Right now we have way too many other projects to do to this house. While it is a new home to us, and only four years old, it still needs tons of work. There was nadda landscaping done and the back deck is...... pee -u -nee. 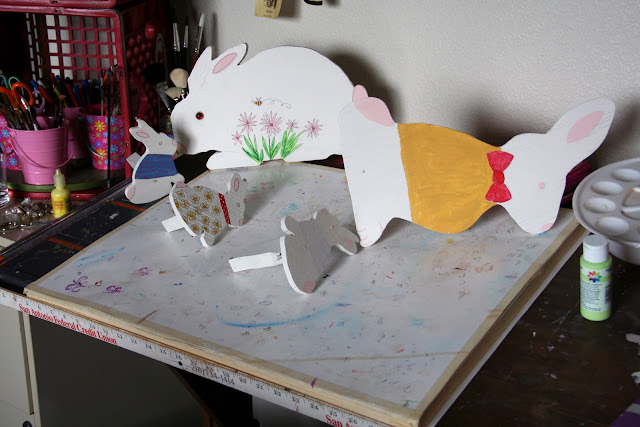 I'm painting these cute little bunnies for Easter. My dad made these years ago for me. His paint job was minimal and I always wanted to redo them. He has been gone since 1997 and each year since then I said I was going to repaint them but never did. I was going through my Easter decorations since we moved. I could not bare to get rid of these. So now I'm painting them and hopefully they will look ok to decorate with. We will see. Hummmmm.
Posted by Charlie at 4/03/2012 3 comments:
Email ThisBlogThis!Share to TwitterShare to FacebookShare to Pinterest 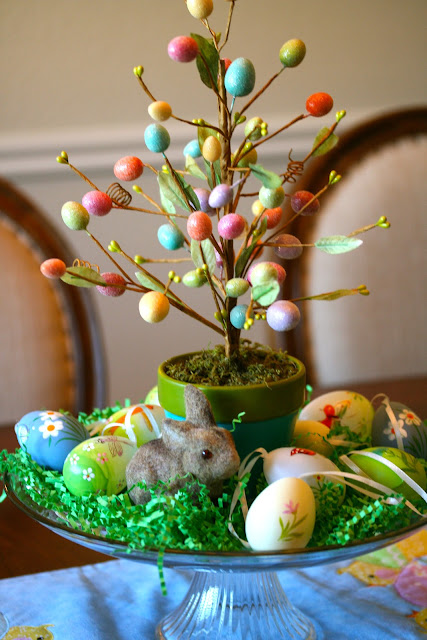 This Easter will be our first Easter in our new home, so we will be hosting the dinner. Actually it's our first holiday to celebrate here as well. I'm really looking forward to it. In the past we either went to my sisters home or my mom's or mother in law's.  Now that both sets of parents have gone to heaven and my sisters and I have our own families to deal with we are not getting together at holidays as much as we used to. It's sad that this has to happen, but that is the nature of things. My family has grown too. Each of my children have companions and they will be coming over. I'm so happy that they can be with us this year. Hopefully my sister- in- law and her husband will be able to attend as well. Since it is our first formal dinner party at our new home I guess I'm extra excited. We did not have a formal dinning room in our old home. (One of the reasons we wanted to move. We needed more eating space. ) I'm not sure what the menu will be. I'm in planning stages.....looking for some new recipes.  Any ideas??